All Or Nothing remixes 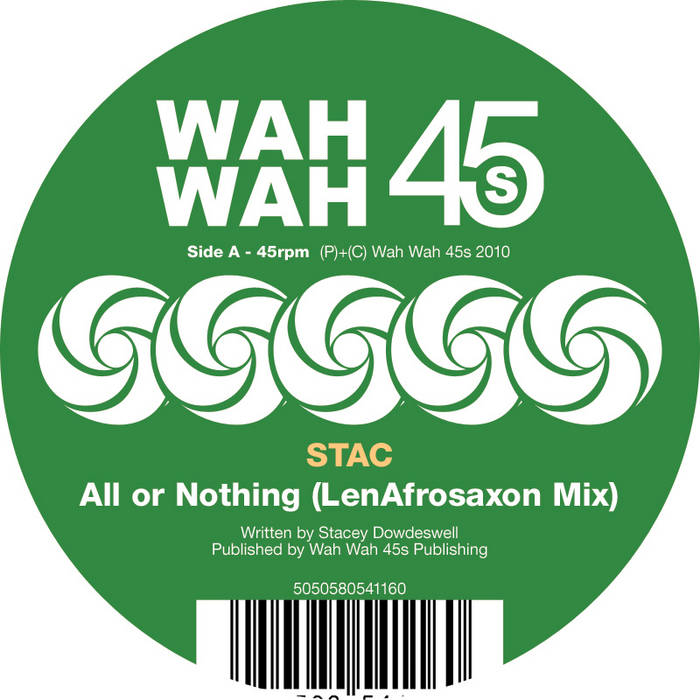 A stunning brace of Stac remixes here for All Or Nothing a massive highlight from the forthcoming Stac album - Turn That Light Out.

Having released her debut album on WahWah45s in 2010, 2017 sees STAC write, record, co-produce and self release her follow up EP. Perpetual delivers timeless, compelling songwriting and combines achingly beautiful melodies with Badu-esq cool. Compared by Mark Ronson to a young Minnie Ripperton, in a world saturated by the ‘Indie Girl’ vocal, her voice cuts effortlessly through. ... more

Bandcamp Daily  your guide to the world of Bandcamp